You probably remember the song "San Francisco" by Scott McKenzie (https://youtu.be/obsAUJHMOZs). The song was about the Summer of Love in 1967 with lyrics:

"If you're going to San Francisco

Be sure to wear some flowers in your hair

If you're going to San Francisco

You're gonna meet some gentle people there

For those who come to San Francisco

Summertime will be a love-in there

In the streets of San Francisco

Gentle people with flowers in their hair."

About 100,000 people, mostly young adults sporting hippie fashions of dress and behavior, converged in San Francisco's neighborhood Haight-Ashbury. Although hippies also gathered in many other places in the U.S., Canada, and Europe, San Francisco was at that time the most publicized location.

Were Your Parents 'Hippies'?

Hippies, sometimes called flower children, are now in their 70's. Whether they were a "hippie" or not, these people are now entering long-term care and often don't want their "love life" to end just because they live in assisted living facilities or a nursing home.

One in seven people were using drugs to increase performance.

"Sex changes as we age, but for every problem, there is a solution!" says Joan Price, advocate for ageless sexuality, media-dubbed "senior sexpert," and author of three books about senior sex:

Joan is now age 74, and she still loves sex.

"I plan to continue to celebrate the sexual pleasure my body can give me. Things may change, and I will adapt to them, but I say, sex has no expiration date," said Price quoted in a recent article in Next Avenue

"Residents in long-term care get no privacy, so how can they explore their sexuality with another resident or solo when they can't lock the door?" she said. In fact, many facilities' policies are "archaic, regressive and even ageist," according to a 2015 article in Time magazine.

Price says that if you're not in a relationship there are still many reasons to keep the sexual urge alive. Physical and emotional benefits will benefit quality of life. Often both adult children and facility management don't want to address or acknowledge the issue. Concerns about the ability to consent, privacy, and liability make the subject difficult to manage.

Long-Term Care facilities that are eager to avoid liability have started to develop guidelines that preserve residents' right to pursue sexual pleasure in privacy while protecting them from unsafe, unwanted, or abusive situations. So far, only about a quarter of facilities have policies on intimacy and sexual behavior, according to a 2013 survey by AMDA — the Society for Post-Acute and Long-Term Care Medicine. Almost half said that developing a policy was "planned" or "uncertain." According to the AARP.

"The nursing home field is more highly regulated than any other, but there are almost no rules regarding sexuality," says Gayle Doll, director of the Kansas State Center on Aging and author of Sexuality & Long-Term Care quoted by the AARP.

She defines sexual expression as anything from compliments to touch to sex.

"More facilities are becoming enlightened to the fact that this is something people are thinking about, and maybe they should find ways to help people become comfortable."

Residents in Long-Term Care facilities are guaranteed specific rights under the federal 1987 Nursing Home Reform Law. These include rights to privacy, confidentiality regarding personal affairs, right to make independent choices, personal decisions, to private, unrestricted communication with visitors of one's choosing, to be free from all forms of abuse and restraints. While sex is not specifically mentioned, you see it generally falls in these guidelines.

So, the right to have sex is protected, but the question of consent is foggier. According to the Iowa Long-Term Care Ombudsman Office In the context of a sex act, most jurisdictions consider a variation of these to determine ability to consent:

Every state agrees that a sex act occurring between two individuals where one lacks the requisite capacity to consent is a criminal offense. However, the standard used in each state court to determine capacity and intelligence to rationally process the risks and benefits in order to consent varies. Most states consider whether an individual has an understanding of the nature and voluntariness of the sex act.

Some states require an individual also to be able to understand the consequences of the sex act and other states consider whether the individual understood the moral quality of the act and whether there was evidence of a disability that would impact an individual's ability to consent.

Another issue is a sexual disease. STD transmission among the elderly is a growing problem. Chlamydia infections among Americans 65 and over has increased dramatically as has syphilis. Many caregivers are surprised because they never imaged sexually transmitted diseases to be one of the many issues they could encounter when caring for or supervising the care for an elderly loved one.

If you have a loved one in an assisted living facility or nursing home, communicating with staff and the individual and their desires is critical. The respect for their privacy is important, but the concern for health and the ability to consent should also be considered. Experts say sex for older people is usually a positive, but the understanding that there are different issues with aging and sex is something to pay attention to and not ignore.

An advance plan for long-term care is now a big part of retirement planning. The article doesn’t discuss the costs of caregiving, either at home or in a facility. These costs come out of savings unless you plan in advance.

Long-Term Care Insurance will provide the tax-free resources to pay for quality care either at your home or in a facility. It will also reduce the tremendous burdens placed on family members.

Long-Term Care Insurance is affordable, especially if purchased before you retire when you enjoy better health. Spousal discounts, shared benefit plans, and state partnership programs help you safeguard assets and reduce this burden.

Experts suggest speaking with a specialist in long-term care planning to help design affordable plans. Premiums vary dramatically between companies for the same benefits. A specialist will help you shop and find the right coverage at the best value.

Plan Before You Retire

Start researching your plan to address the financial costs and burdens of aging. You might be in a different generation from your parents, but you have worked hard to save money to prepare for your future retirement.

Prepare your family and your finances before you retire.

Dogs are a Best Friend for Those with Dementia

Top Reasons Why Oral Health is a Major Concern for Seniors

Oral hygiene is sometimes overlooked by seniors and their families. Ignored it can create additional aging and health concerns with increased Long-Term Care services. 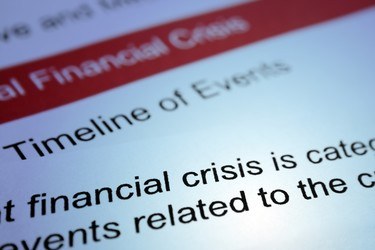 It happened fast. An unexpected event caused panic in the markets. The virus crisis changed how we live and work, as least for the time being. This loss of independence is similar to the fear many older people feel as they age.

Top Reasons Why Oral Health is a Major Concern for Seniors