Top-rated ABC-TV program “Dancing with the Stars” has made news for something other than dancing. Reality star Kim Zolciak was eliminated from the competition after the 37-year-old suffered a mini-stroke known medically as a transient ischemic attack (TIA). The website TMZ reported a blood clot caused by a previously unknown heart issue caused the star to lose feeling on one side a limited her ability to speak for a short time.

Zolciak interviewed live on the show via Skype (September 28, 2015), said her doctors did not allow her to fly from her home in Atlanta to Los Angeles for the show. By rules of the show, she was eliminated from the program.

While many people think strokes and TIA’s happen to just older adults, it can and does happen at all ages. A day before he turned 27, "Malcolm in the Middle" star Frankie Muniz also suffered a TIA in December of 2012.

"Stroke has been noted to having an increased frequency in young adults without a clear cause."

Dr. Richard B. Libman, vice chair of neurology at the Cushing Neuroscience Institute in Manhasset, N.Y.

"Historically stroke has been thought to as a disease of the elderly with increased risk associated with those with preexistent atherosclerotic and heart disease."

A stroke, or "brain attack," happens when the blood supply to the brain is stopped or when a blood vessel in the brain bursts and fills the spaces around other brain cells with blood. Brain cells die when they are damaged by bleeding in or around the brain or when they do not receive oxygen.

What Zolciak and Muniz had -- a transient ischemic attack (TIA) or mini-stroke -- begins like a regular stroke, but then any noticeable symptoms or deficits disappear within an hour. Signs you are having a stroke can include headaches, paralysis or numbness of the face, arm or leg and trouble with walking, speaking, understanding people or seeing in one or both eyes, the Mayo Clinic reports.

The symptoms of a TIA and regular stroke are the same. Someone having a TIA or stroke might experience one or more of the following sudden symptoms:

• Numbness or weakness of the face, arm or leg, especially on one side of the body.
• Confusion, trouble speaking or understanding.
• Trouble seeing in one or both eyes.
• Trouble walking, dizziness, loss of balance or coordination.

If you or someone else has any of these symptoms, even for a short time, call 911 or go to the hospital immediately. Strokes can cause the need for extended Long Term Health Care, dementia and death.

The risk factors are the same as a regular stroke and include high blood pressure, high cholesterol, diabetes, smoking, obesity and a sedentary lifestyle. Read more about TIA risk factors at stroke.org/TIA.

Adults who survive a stroke at a younger age have an alarmingly shortened life expectancy rate compared to the general population. A new study suggests that people who experience a stroke before they reach the age of 50 are more likely to pass away 20 years sooner than non-stroke adults.

Research shows that 10 percent of all stroke patients are under the age of 50 - but little data is available to shed any light on their life-long prognoses. However, Dutch researchers have found that the long-term mortality rate of adults who survived a stroke between the ages of 18 and 50 is significantly reduced.

Further, the study also says the risk of death after 20 years of a stroke increased by about 25 percent for TIA (aka mini-stroke) survivors, 27 percent for patients whose strokes were caused by a blood clot and about 14 percent for hemorrhagic stroke.

The risk of stroke and TIA’s impacts retirement planning as strokes are a leading reason for Long Term Health Care. Much of that care is not covered by health insurance or Medicare since much of it is considered ‘custodial’ in nature. Long-Term Care Insurance will pay for these costs but a person must obtain coverage when they are in generally good health. History of stroke could make a person uninsurable.

"A significant share of the baby boomers are obese or disabled."

Jesse Slome, executive director of the AALTCI which is a consumer education and advocacy group.

Meanwhile, Zolciak will concentrate on her health and not on the TV show. Host Tom Bergeron explained that according to the ABC show’s rules since she couldn’t dance because of medical reasons, she had to be eliminated. “The rules of the competition dictate that @Kimzolciak must withdraw, but her health is the most important thing. #DWTS,” the show tweeted. 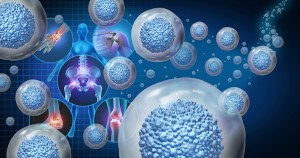 Significant advances have been made in the field of regenerative medicine. With the worldwide population getting older, more people suffer from chronic health and mobility issues, destroying their quality of life.