One of America's favorite funnymen is another famous person who is living with cognitive loss. Comedian and actor Tim Conway is now almost unresponsive from dementia, according to media reports.  He underwent surgery to have a ventricular shunt placed and is now confined to a wheelchair. 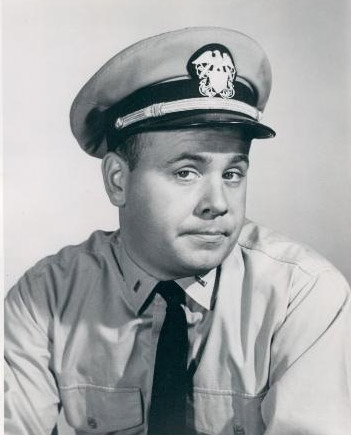 Documents were filed in Los Angeles in August 2018, claiming Conway's wife Charlene was "planning to move him out of the excellent skilled nursing facility he is currently at" and place him in one that won't give him access to "registered nurses at all times and his 24-hour caregiver and speech therapist (to help with swallowing)."' 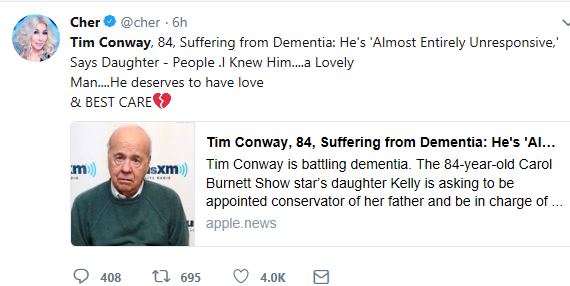 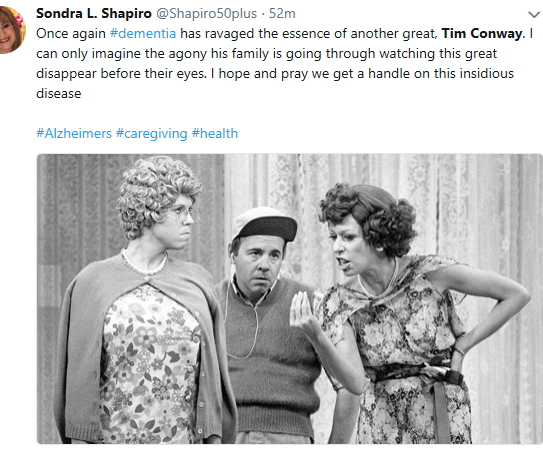 In the 1975–76 season, Conway became a regular on The Carol Burnett Show. He was a frequent guest for the show's first eight seasons. His work on the show earned him four Emmy Awards for both writing and performance.

One of Conway's best characters was 'the dentist': 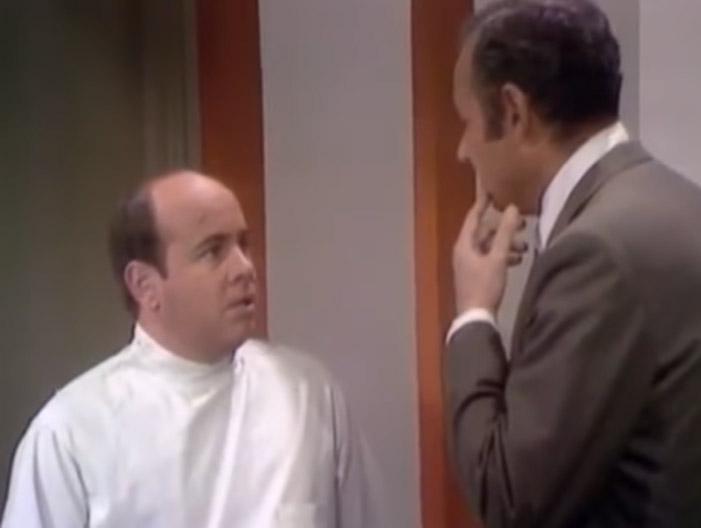 Without Advance Plans You Place Your Family in Crisis

Too many people fail to have a medical and financial power-of-attorney in place which outlines their desires on how their affairs and healthcare should be handled if they are unable to make decisions on their own. When no advance directive is in place, families must seek legal action to make decisions.

When a person suffers from cognitive impairment or other health issues where they are unable to make decisions, the family may seek guardianship over his affairs. Guardianship gives a person the legal right to make decisions on behalf of a parent or loved one who is suffering from Alzheimer's or dementia. Guardianship is obtained through a court proceeding and granted by a judge.

According to the Alzheimer's Foundation, courts scrutinize the actions of the guardian. This includes the management of a person's finances and decisions about their medical care and long-term care services and supports.

With longevity, more and more American's are suffering from some type of dementia. The Alzheimer's Association says 16.1 million Americans are caregivers to loved ones with Alzheimer's or dementia.

One in three seniors dies with some form of dementia, and almost 6 million are currently suffering from it. They expect this number to 14 million by the year 2050.

The cost of memory care in a nursing home, assisted living facility, or specialized memory care facility is very expensive. Unless a person owns a Long-Term Care Insurance policy, these costs can quickly drain a person's savings, even a person who has substantial assets.

The LTC NEWS Cost of Care Calculator will show both the current and future cost of care services in your area. The calculator indicates the current average price of a nursing home in Los Angeles, California, is about $9200 a month … over $110,000 a year.

Assisted Living facilities are less expensive; in LA, the average base cost runs over $54,000 a year. Find the costs where you live by clicking here.

It is not unusual that a spouse, or other family members, move a parent to a less expensive facility once the money starts to drain. This is why many experts suggest having a Long-Term Care Insurance policy in place to ensure they receive quality care in the setting they desire, without draining large sums of money.

Long-Term Care Insurance Provides Benefits at Home or a Facility

Most Long-Term Care Insurance policies pay for areas and types of care either at home or in a facility. When you have a policy in place, you are in control of your life. You can maintain independence and reduce the stress on those you love.

Most consumers start shopping for Long-Term Care Insurance in their late 40s and 50s as part of their overall retirement planning. These plans can be very affordable for most people. Plus, most states participate in the federal Long-Term Care Partnership Program. The partnership program allows states to allow insurance companies to issue special qualified policies that provide additional dollar-for-dollar asset protection.

There are several types of these plans,  be sure to speak with a qualified licensed Long-Term Care Insurance specialist to help you design an affordable policy based on your specific situation.

Find a qualified and trusted specialist by clicking here.