In his opening statement, Sen. Pat Toomey (R-PA) announced his proposed legislation which would allow those with qualified retirement accounts like 401(k)s and IRAs to pay for Long-Term Care Insurance on a tax-free basis. 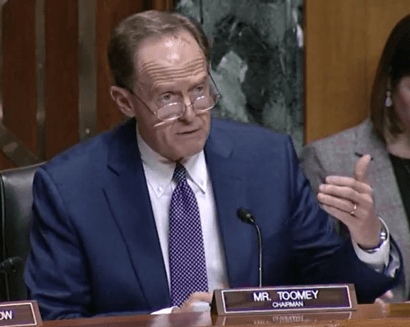 Toomey said most American families do not have enough savings to cover the average cost of a typical long-term care situation which includes care at home or a facility due to a chronic illness.

Financial Impact of Long-Term Care Can Be Devastating

"A large number of middle-class families face financial ruin," about the high costs of long-term care and its impact on American families.

Toomey said Long-Term Care Insurance can be a viable option but only 17% of Americans currently have a policy. Younger and healthier people should consider buying policies.

"Congress ought to consider legislation to make it easier for families who are planning ahead to buy Long-Term Care policies."

He noted that some people can use their 401(k)s to buy life insurance and that similar treatment should be given to Long-Term Care Insurance.

His proposal would allow consumers ages 50-59 the ability to withdraw up to $2,000 annually from qualified retirement assets to pay for Long-Term Care Insurance premiums.

People require long-term care due to illness, accident, or the impact of aging, which includes supervision and other health issues due to cognitive decline. In his opening statement, Dr. Marc A. Cohen, Ph.D., Clinical Professor of Gerontology, McCormack Graduate School, UMass Boston, said that the costs of long-term care are staggering and are driven due to a growing population in need. 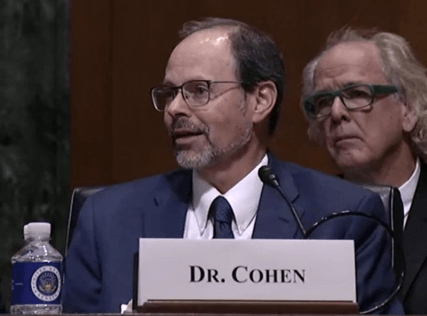 “While Alzheimer’s and related dementias represent among the most costly long-term care liabilities -- costing the nation over $290 billion, of which out-of-pocket costs will total $62 billion or 22% of the total -- individuals with functional impairments also face significant financial exposure.  In fact, the total cost of providing long-term care services and supports (LTSS) to the current cohort of individuals age 65 and over – including a valuation of care provided by family members – will exceed $6.3 trillion.  Slightly less than half of these costs will be incurred over the next decade alone.”

Committee member Sen. Bob Casey (D-PA) wondered what other steps could be taken to encourage the purchase of private insurance. He recalled his father being in the insurance business and purchasing insurance coverage. 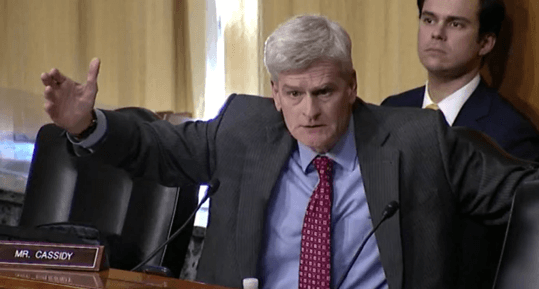 Dr. Cohen agreed awareness was a concern but said people need to understand that lack of insurance coverage would expose them to the spend-down of their assets and the subsequent access to Medicaid’s long-term care benefit.

“There is clearly a large gap in the market, which long-term care insurance can fill.”

CEO Kevin Mayeux, National Association of Insurance and Financial Advisors and President Susan Neely, American Council of Life Insurers in a written statement for the record.

Long-Term Care Insurance, including hybrid and combination life insurance or annuity products, safeguard savings and income from the costs of long-term care. A study published in the journal Health Affairs projects that 27 million Americans will require long-term care by 2050.

Two key recommendations made by the groups include:

Dr. Jason Karlawish, Professor of Medicine, Medical Ethics and Health Policy, and Neurology, and Co-Director, Penn Memory Center at the University of Pennsylvania said when we ask daughters and sometimes sons to be caregivers, they lose wages, they lack health insurance, and they are not contributing to the economy anymore.

“Not contributing to a productive America anymore … working as unpaid workers to take care of a family member.”

Committee member Sen Bob Menendez (D-NJ) spoke about his mother who suffered from Alzheimer’s for 18 years.

“Alzheimer’s presents our nation with enormous healthcare and fiscal challenges but it takes a tremendous toll on every family that is forced to confront it.”

“The fact remains that for many American’s Long-Term Care Insurance is an affordable way to address the financial costs and burdens that come with longevity and its related health problems. More public awareness is also essential. Too many people are unaware of the Long-Term Care Insurance Partnership Program in which 45 states participate. This allows a family to purchase a plan which matches their savings which makes the policies even more affordable.”

Sen. Toomey’s proposal, if it became law, could encourage more people to plan ahead. As discussions on the Hill will continue, the need for a long-term care plan still exists affecting American’s families and their finances.

Long-Term Care Insurance can be an effective way to address the financial costs and burdens of aging. However, since Long-Term Care Insurance is underwritten based on your health history you can’t wait until your health changes. The underwriting includes the medications you are taking and other factors. Every company has different rules. You will have to answer questions to get an accurate quote.

Once you get a policy in place you never have to worry about the policy being canceled or change as you get older or your health changes. Long-Term Care Insurance provides guaranteed benefits and policies can only be canceled if you stop paying your premium.

LTC Insurance Pays for All Levels of Extended Care

Only Long-Term Care Insurance pays for custodial long-term care. This includes the supervision many people require when they suffer from Alzheimer’s or any other form of dementia. Health insurance, including Medicareand MedicareSupplements, will not pay for most long-term care services. Medicaid will only pay if you have little or no savings and income.

Long-Term Care Insurance is custom designed and affordable, especially if you are under age 65. However, premiums can vary well over 100% or more between insurance companies. A Long-Term Care specialist will shop all the major companies to match you with your age, health, and family history to find you the best value.

Start your research by finding your state on the LTC News Map. You can discover the current and future cost of care services, the availability of tax incentives and partnership program plans, and other critical information. Click here to access the LTC News Map.

Long-Term Care Insurance is easy, affordable, and rate stable income and asset protection. Take action now to safeguard your savings and reduce the tremendous stress and pressure otherwise placed on family members. Make sure your family has peace-of-mind as you get older when you retire.

Long-Term Care Insurance remains a very affordable way to address the financial costs and burdens that come with aging. A national study of insurance companies shows premiums for new coverage in 2019 varies slightly from plans available in 2018.

Many people suffer from allergies. As you age, allergies can complicate existing health issues. Plus, knowing if you have a cold, the flu or an allergy is important. With our longevity, advance planning is key.