Now that Nebraska’s unique savings plan for Long-Term Care is no longer in existence a new proposal would provide Nebraskans a tax benefit if they purchase Long-Term Care Insurance. As longevity and health issues impact families and their savings having some plan to address the financial costs and burdens of aging has become a major factor part of retirement planning.

The proposal calls for an income tax credit equal to 25 percent of the premiums paid for a long-term care insurance policy, up to $250 for an individual and $500 for a joint policy.

The idea is to encourage younger people to plan for the future costs and burdens of long-term care according to the bill’s sponsor.

"Many Nebraskans put off planning for long-term care, hoping they will never need it," said State Senator Merv Riepe.

28 other states offer some form of tax deduction or tax credit toward the purchase of Long-Term Care Insurance. In addition, federal tax incentives exist for some people including businesses and the self-employed. Proceeds from these policies are always tax-free. Those with Health Savings Accounts also have the option to use the pre-tax money in their accounts to pay the premium.

Often people exhaust assets because of the costs of long-term care. At that point, Medicaid will pay for care. 1 in 2 persons in nursing homes in Nebraska are on Medicaid according to the Kaiser Family Foundation.

With an aging society, the total number of people who are expected to require some type of long-term care and support is expected to dramatically increase.  Those with Long-Term Care Insurance will have resources for the choice of care in the setting they desire. This would reduce the burdens placed on family members while protecting family savings. This would, in essence, reduce the number of people who exhaust assets and qualify for Medicaid.

State Senator Lou Ann Linehan said she could support such an effort.

“I think Nebraskans, in general, are planners and savers compared to their counterparts across the country. With that said, our tax structure needs a total rewrite. I would support multiple efforts to reduce the tax burden on Nebraskans so they could save for their own future needs".

"I have been promoting the need across the country for tax deductions or tax credits for Long-Term Care Insurance for a very long time. This proposal really gives the issue of long-term care a spotlight. Too often people don’t think about long-term care until it is too late. These plans are affordable for most people if they plan in their 40s and 50s when they enjoy good health. The tax credit is a big bonus,” said Matt McCann, a nationally known expert on Long-Term Care Insurance.

State Senator Sara Howard says Nebraska currently faces a project budget shortfall of around $175 million but the issue needs to be discussed.

“With our population aging, we are no longer going to be able to avoid making decisions about how we are going to care for our seniors,” said Howard.

Nebraska, like most states, also participates in the Federal/State Long-Term Care Partnership Program. The program offers additional asset protection, known as “dollar-for-dollar” asset protection if you have a qualified long-term care insurance policy.

The bill was presented to the Legislature’s Revenue Committee where no action has yet to be taken. 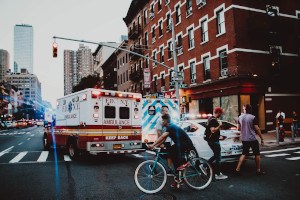 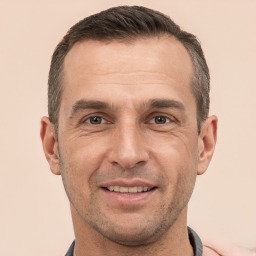