Look around. According to census data, 54 million Americans are now age 65 and older. The country's 65-and-older population has swelled rapidly since 2010. As more Americans get older, more people will become dependent on the help of other people, often family members, to meet their normal living activities.

The dependency includes things most of us take for granted. These include bathing, eating, using the bathroom, and other activities that many of us will need either due to an illness, accident, or the impact of aging. Also, more Americans need supervision due to their cognitive decline. There are many forms of dementia, including Alzheimer's disease. The risk of cognitive decline increases with age as well.

"The first Baby Boomers reached 65 years old in 2011," said Dr. Luke Rogers, chief of the Census Bureau's Population Estimates Branch. "Since then, there's been a rapid increase in the size of the 65-and-older population, which grew by over a third since 2010. No other age group saw such a fast increase. In fact, the under-18 population was smaller in 2019 than it was in 2010, in part due to lower fertility in the United States." 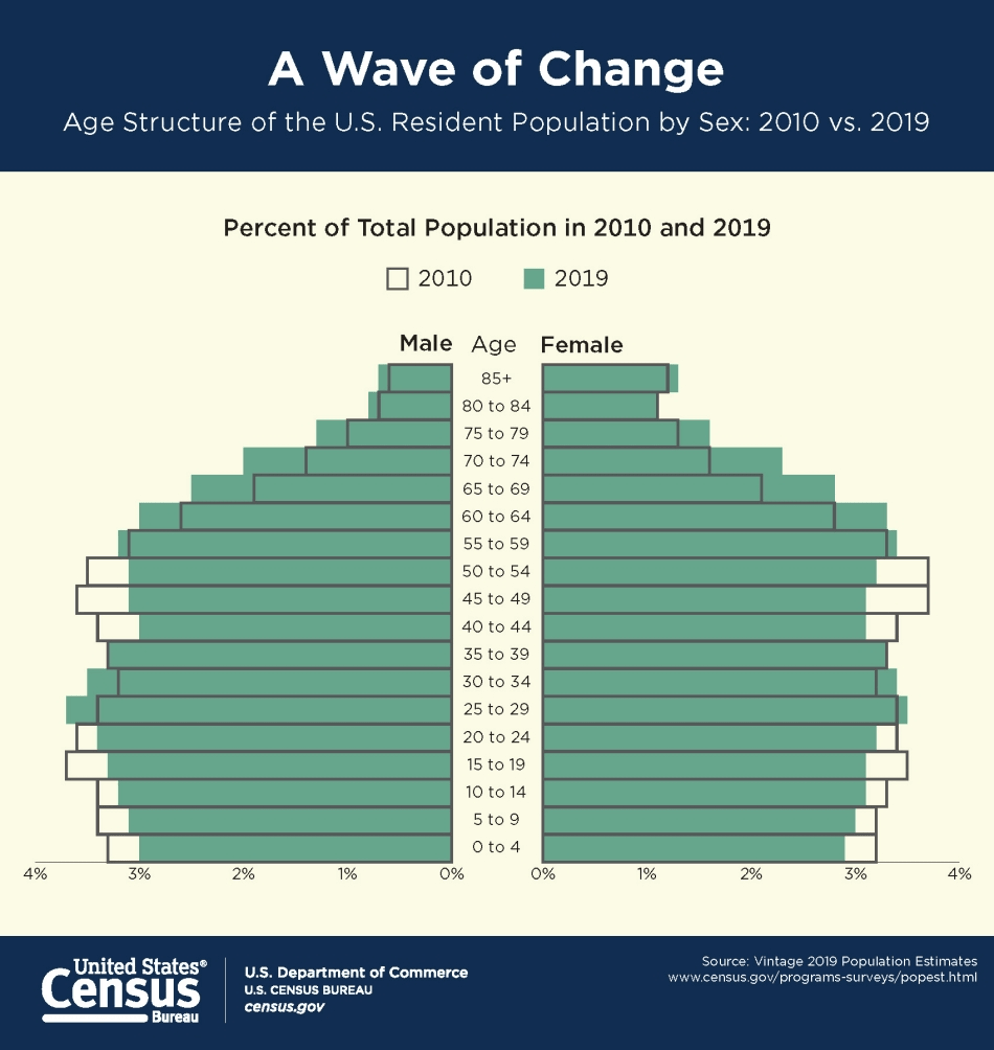 According to the census bureau, Utah had the lowest percentage (11.4%) of the population age 65 and older. 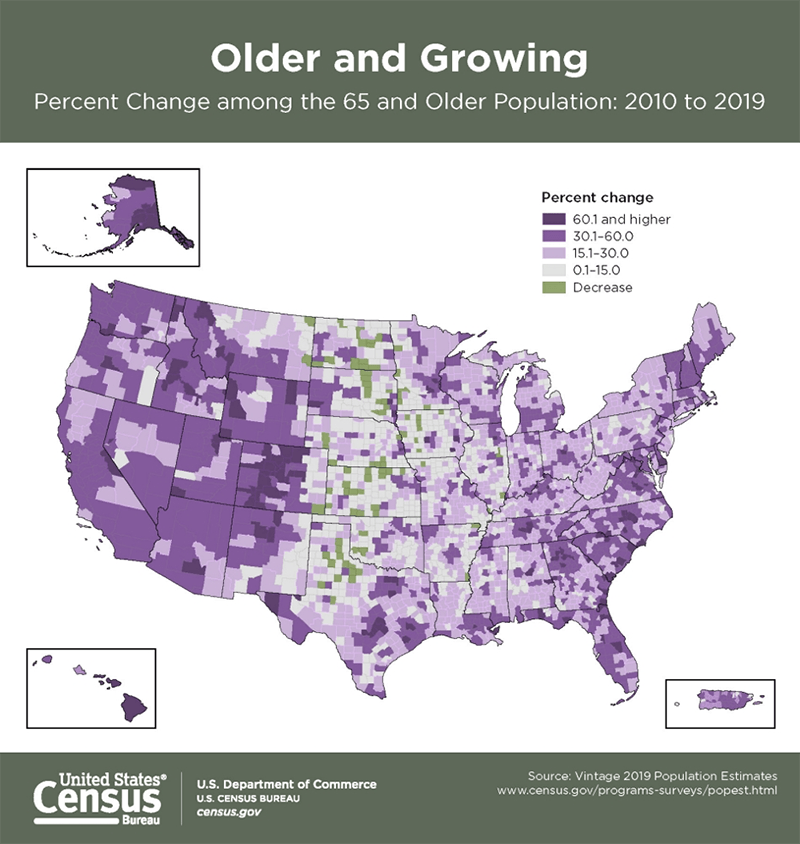 The 65+ population is growing at a faster rate than that of children and working-age Americans due to the aging of the Boomers. Many experts are concerned that as this group continues to get older, the need for long-term care will increase. Longevity will increase the stress placed on American families.

This dependency will have an adverse effect on family budgets. However, since many Americans fail to plan for the financial costs and burdens of aging, families will be forced to become caregivers.

Caregiving is more than just stressful for adult children, usually daughters or daughters-in-law. The caregivers face their own health and financial issues as a result of their role as a caregiver. Many families will have conflict over these roles as well.

The Deficit Reduction Act of 2005 (DRA) allowed states to authorize Partnership Long-Term Care Insurance policies. Those people who own these affordable policies can enjoy dollar-for-dollar asset protection, otherwise known as "asset disregard." The plan enables a family to shelter part of their assets based on the total amount of benefits paid by the policy. If they exhaust their benefits, the policyholder can access Medicaid without being poor. American families can buy smaller policies that can still safeguard savings and reduce the stress otherwise placed on their family members.

As more people purchase these insurance policies, the pressure on the Medicaid budget would be reduced. However, many people are either unaware, feel a policy is unnecessary, or wait too long to obtain coverage. These policies are medically underwritten, so it’s best to obtain coverage in your 40s or 50s when you still have relatively good health.

In addition, premiums are based on your age and health at the time of application. Forty-five states offer Partnership Long-Term Care Insurance plans underwritten by several insurance companies. Click here to see if your state is a Partnership state.

Most people would prepare to ignore getting older. We can’t ignore what happens to every human being each and every day. The consequences of failing to plan for the future costs and burdens of long-term care are too significant to ignore.

The good news is that when you plan ahead of time, you will not only safeguard your hard-earned savings but also give your family the gift of time. Instead of either being your future caregivers or managing your paid care, your family can just be family. There is less stress on everyone. You get to preserve your lifestyle and legacy.

Start your research by using the resources available on LTC NEWS. Use the LTC NEWS Cost of Care Calculator and see the current and future cost of care services where you live. You will also find if your state is one of the 45 that offer Partnership Long-Term Care Insurance.

Some states also offer state tax incentives in addition to any federal tax advantage you may have available. Click here to access the calculator.

Be sure to seek the help of a qualified Long-Term Care Insurance specialist. There are too many variables for a financial advisor or general insurance agent to address. The specialist should have extensive experience in long-term care planning, underwriting, policy design, and claims. Plus, be sure they represent the major insurance companies that offer these products.

Find a specialist by clicking here.

Sponsored content opportunities also exist, offering you a long-form way to sell yourself, your company, and your ideas.