It was the end of February of 2000, Maurice White, founder, co-leader and producer of Earth, Wind and Fire revealed to Rolling Stone he was suffering from Parkinson’s Disease. At the time he was 58 years old, but he opted to reveal his condition after keeping it secret for eight years. The degenerative neurological disease he had been dealing with needed to be revealed just before his, and his band’s induction to the Rock and Roll Hall of Fame.

His fight his Parkinson’s ended on Wednesday (February 3, 2016) at his home in Los Angeles. White was 74 years-old having retreated from public view due to Parkinson’s.

Earth, Wind and Fire sold more than 90 million albums and made hits like “September,” “Shining Star” and “Boogie Wonderland. White also had seven Grammy Awards during his career.

White had shown symptoms of the neurological disease back in the 1980s. He stopped touring with the band in 1995 because of weariness from the road combined with his health problems.

"With Parkinson's, you do need more rest."

Parkinson's disease is a neurological disease that affects the part of the brain that produces the vital chemical dopamine; sufferers typically experience bodily tremors, stiff joints, and muscles, or have difficulty moving. Many sufferers require help with everyday living activities and can only function with help and assistance.

Approximately one million adults in the USA are thought to live with Parkinson's disease; over 60,000 are diagnosed annually. The real figure is probably much higher when taking into account those who go undetected. According to the Parkinson's Disease Foundation, the economic toll of the disease in the USA is nearly $25 billion annually, including direct and indirect costs. This includes the cost of Long Term Health Care which is not normally paid for by regular health insurance or Medicare. Homecare can cost anywhere from $3500 to $6000 a month depending on where in the country a person lives and the amount of care they require. The average annual medication costs for an American with Parkinson's disease is between $2,500 and $10,000.

In the majority of cases, symptoms start to appear after the age of 50. However, in about 4% to 5% of cases, the sufferer is younger than 40 years. When signs and symptoms develop in an individual aged between 21 and 40 years, it is known as Young-onset Parkinson's disease.

The band's early sound was jazzy but evolved into an exuberant, horn-driven mix of jazz, funk, gospel and Big Band music. Their appeal wasn't just on records but on stage, with their concerts a whirl of dancing, fog machines, multi-colored lights, and glittery costumes. Earth, Wind & Fire performed everywhere from the Super Bowl to the White House.

Earth, Wind and Fire had seven top-ten hits, “Shining Star”, “Sing a Song”, “Got to Get You Into My Life”, “September”, “Boogie Wonderland”, “After the Love Has Gone” and “Let’s Groove”.

White also had a substantial side career producing other artists, including Barbra Streisand and Cher. In the 1970s, he co-wrote and co-produced the Emotions' number one hit "Best of My Love."

He was born in Memphis in 1941, the son of a doctor and grandson of a New Orleans piano player. He showed musical gifts at an early age, studying at the Chicago Conservancy. During the 1960s, he backed Muddy Waters, The Impressions and others and worked as a session drummer in Chicago. 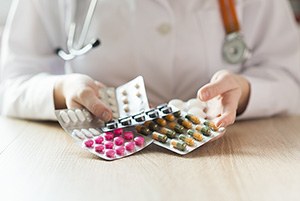