Soon after her 65th birthday, a close friend became increasingly worried about her memory, wondering if she could have the beginnings of dementia.

Although she seemed to have no more difficulty than the rest of us her age in remembering events, names and places, her physician suggested that, given her level of concern, she should have things checked out.

So she consulted a specialist at Mount Sinai Hospital in New York and had a full-blown neuropsychological assessment — two days of tests of her cognitive abilities. A dozen measures included I.Q. and memory scales, auditory learning, and animal naming tests, an oral word association test, a connect-the-dots trail-making test, and a test of her ability to copy complex figures.

The result: reassurance and relief. Everything was in the normal range for her age, and she registered as superior on the ability to perform tasks and solve problems.

Fears about memory issues, commonplace among those of us who often misplace our cellphones and mix up the names of our children, are likely to skyrocket as baby boomers move into their 70s, 80s and beyond.

Many may be unwilling to wait to have their memories tested until symptoms develop that could herald encroaching dementia or Alzheimer’s disease, like finding one’s glasses in the refrigerator, getting lost on a familiar route or being unable to follow directions or normal conversation.

But nor do people have to endure the extensive assessment my friend had. Simple tests done in eight to 12 minutes in a doctor’s office can determine whether memory issues are normal for one’s age or are problematic and warrant a more thorough evaluation. The tests can be administered annually, if necessary, to detect worrisome changes.

However, according to researchers at the University of Michigan, more than half of older adults with signs of memory loss never see a doctor about it. Although there is still no certain way to prevent or forestall age-related cognitive disease, knowing that someone has serious memory problems can alert family members and friends to a need for changes in the person’s living arrangements that can be healthy- or even lifesaving.

“Early evaluation and identification of people with dementia may help them receive care earlier.”

“It can help families make plans for care, help with day-to-day tasks, including medication administration, and watch for future problems that can occur.”

Dr. Vikas Kotagal, the senior author of the Michigan study

Long the most popular screening test for memory disorders used by primary care doctors is the Mini-Mental State Exam, or MMSE, an eight-minute test in use since 1975. But neurologists say it is less discerning than the slightly longer Montreal Cognitive Assessment, or MoCA, introduced in 1996.

Both tests measure orientation to time, date and place; attention and concentration; ability to calculate; memory; language; and conceptual thinking. But while the MMSE is considered adequate for routine testing of cognitive function by the family doctor, its score can be skewed by a person’s level of education, cultural background, a learning or speech disorder, and language fluency. And according to Dr. Roy Hamilton, a neurologist at the University of Pennsylvania, this test is not sensitive enough to detect signs of mild cognitive impairment.

Furthermore, the MMSE doesn’t test for problems with executive function, defined as the ability to organize, plan and perform tasks efficiently to reach a particular goal.

“Executive function is typically the first area to suffer if you develop cognitive impairment,” Dr. Sam Gandy, the director of the Mount Sinai Center for Cognitive Health and of the N.F.L.’s neurological care program,reported last month in the School of Medicine’s newsletter, Focus on Healthy Aging. “Translated into everyday life, it’s executive function that enables us to carry out activities of daily living, such as dressing and preparing meals.”

The Montreal Cognitive Assessment, which takes 10 to 12 minutes, is more difficult and can pick up problems the MMSE might miss, Dr. Hamilton has noted. It is also more sensitive, better able to discriminate between normal cognitive function and mild impairment or dementia. Still, many memory clinics and neurologists use both tests, along with others like those taken by my friend.

The Montreal test has 11 sections and a possible total score of 30 (25 or better is considered normal). It includes an executive function test called alternating trail-making, in which lines must be drawn from numbers to letters in the correct order, 1 to A, 2 to B, and so forth.

Measuring a person’s ability to follow verbal commands includes counting backward from 100 by sevens. To assess abstract thinking, the test asks a person to find common features between two words in each of three pairs. Verbal fluency, a vocabulary test, requires producing 11 or more words that start with a certain letter of the alphabet.

Copying a drawing of a cube and drawing a clock accurately assess so-called visuoconstructional skills, and memory is checked by having the person try to recall five words that were read aloud earlier in the test.

Taking such a test can be quite stressful, although allowances are made for nervousness. But practicing by taking the test in advance of an evaluation can skew the results and hurt the person taking it in the long run.

The MoCA test has proved valid for assessing people who are not demented but could be at risk for developing progressive cognitive decline.

Keep in mind, however, that neither the MMSE nor MoCA are definitive. Rather, they can indicate the need for a more extensive exam like the one my friend had.

Also, it helps to know when not to worry about memory problems. Dr. Kirk R. Daffner, the director of the Center for Brain-Mind Medicine at Brigham and Women’s Hospital in Boston, lists six “normal” memory problems that should not cause concern: a tendency to forget facts or events over time, absent-mindedness, a temporary block in retrieving a memory, recalling something accurately only in part, having a memory distorted by the power of suggestion (the recalled memory may never have happened), and having a memory influenced by bias, experiences or mood.

Affordable Long-Term Care Insurance provides you with the tax-free resources to pay for quality care without draining savings and adversely impacting your income and lifestyle. However, long-term care is all about family. It allows your family the time to be family as you get older and not having the deal with the role of caregiver.

The best time to start planning is before your retirement, ideally in your 40s or 50s when you can enjoy low premiums and the most options. Just as important, you obtain coverage before your health changes when you might not be able to get coverage. 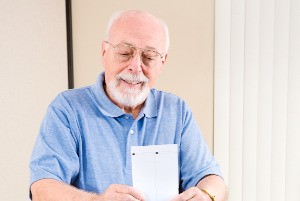