“On behalf of the entire Cassidy family, it is with great sadness that we announce the passing of our father, our uncle, and our dear brother, David Cassidy. David died surrounded by those he loved, with joy in his heart and free from the pain that had gripped him for so long. Thank you for the abundance and support you have shown him these many years.”

A statement from his family.

He had been hospitalized for several days with organ failure. Cassidy announced he had been diagnosed with dementia in early 2017. He performed at the B.B. King Blues Club & Grill in New York in March, talking about his dementia, and said his arthritis made playing the guitar an ordeal.

The '70s teen heartthrob was known for his role starring and singing in T.V.'s "The Partridge Family," He had been conscious for a few days while being treated and was surrounded by family.

He had told People magazine in early 2017 he was battling dementia. At the time, he said he wanted to stay focused and "enjoy life."

Just a week after announcing his battle with dementia, Cassidy performed in what was expected to be his last-ever tour. On March 4, 2017, he played Manhattan's B.B. King Blues Club & Grill, performing all the hits of his 40+ year career.

Reports indicated he was also fighting laryngitis and arthritis, which impacted his performance, but the crowd was supportive. He told the crowd that his arthritis makes it increasingly tricky to play guitar.

Was it Dementia or Something Else?

During the taping of an A&E docuseries, "David Cassidy: The Last Session, the "Partridge Family" star admitted to A&E producers months before his death that he was hiding his battle with alcoholism and claimed he did not have dementia.

"I have liver disease," Cassidy told A&E producer Saralena Weinfield. "There is no sign of me having dementia at this stage of my life. It was complete alcohol poisoning."

Cassidy is best known for his role as Keith Partridge, the son of Shirley Partridge, in the 1970s musical sitcom, The Partridge Family.

The 66-year-old star told People Magazine in a February 20, 2017 story, that he is fighting memory loss from dementia. Cassidy's representative, Jo-Ann Geffen, told USA TODAY that had been diagnosed with dementia.

All this was coming off a performance where Cassidy seemed intoxicated at the concert outside L.A. He was falling off the stage, forgetting words and unsteady on his feet. Sources had told TMZ that he was not drinking before the show. Cassidy had a family history of memory issues as his mom and grandfather struggled with the disease.

"Partridge Family" co-star Danny Bonaduce told People he was not surprised Cassidy was still drinking before his death.

"Part of alcoholism is lying," Bonaduce said. "When you're an addict, you know you can't be honest with people. You say what you want them to hear. I can't be mad at David for that, but it's still a tragedy."

“I was in denial, but a part of me always knew this was coming,” he told People. The former teen idol of the 1970s said he decided to stop touring as a musician to concentrate on his health and happiness. “I want to focus on what I am, who I am and how I’ve been without any distractions”... “I want to love. I want to enjoy life.”

I will always be eternally grateful for the love and support you’ve shown me. I still love very much to play and perform live. But it’s much more difficult for me now.

I’m not going to vanish or disappear forever. I’ll be able to communicate much more through my website and my Facebook page. As you can imagine this has been truthfully THE MOST DIFFICULT DECISION I HAVE EVER MADE IN MY ENTIRE LIFE.  I’m eternally grateful to each and every single one of you.  I’m going to play live, everywhere around North America, through 2017. I hope you will find a way to come and be part of my celebration!

Perhaps he used dementia as a way to hide the problems with drinking because of his family history. Cassidy watched his grandfather battle memory loss and saw his mother “disappear” into dementia until she died at age 89. He told PEOPLE of his supposed diagnosis: “I was in denial, but a part of me always knew this was coming.”

Cassidy remembers his mom’s battle with memory loss, “In the end, the only way I knew she recognized me is with one single tear that would drop from her eye every time I walked into the room. … I feared I would end up that way.”

He has had numerous personal problems in the decades following his initial success, ranging from substance abuse to bankruptcy. He's the stepson of actress and fellow "Partridge Family" star Shirley Jones.

Dementia is a Real Problem for Many American Families

There are four common types of dementia: Alzheimer's disease, vascular dementia, dementia with Lewy bodies (DLB), and frontotemporal dementia (FTD). How important genes are in these different dementias varies considerably. For example, the role of genes in FTD seems to be much greater than in vascular dementia.

According to the Association for Frontotemporal Degeneration (FTD), approximately 40% of individuals with FTD have a family history that includes at least one other relative who also has or had a neurodegenerative disease. In about 15-40% of all FTD cases, a genetic cause (e.g., a gene mutation) can be identified as the likely cause of the disease, and in most cases, it is an inherited mutation.

So does your dementia risk increase if a parent or sibling has been diagnosed? Yes, it does — but that doesn't mean that heritability (inherited risk) is the most significant risk factor for dementia.

“The biggest risk factor is age.”  “Over 65, between 2 and 4 percent of people are at risk, and that becomes a 4 to 8 percent risk for those who have a relative with dementia.” Most dementia cases are “sporadic,” which means they occur without any family history.

People with dementia or other forms of memory loss have various progressions of the disease. At some point, they will require supervision and help with routine activities of living and end up with care in their own home or in a memory wing of an assisted living facility or nursing home.

Cognitive impairment can create a financial disaster for a family since this type of care, like most long-term care, is not paid for my health insurance, Medicare, or Medicare Supplements.

“I was sad to hear about David. When you hear about a celebrity having this type of issue it hits home just like a family member.”

“I had the opportunity to have lunch with him years ago and speak with him on the phone a number of times. He really is a great guy and after all the other issues he has dealt with this is one that will have a lasting impact on him and his family and friends.”  McCann at one time was a radio personality and radio station manager prior to becoming a specialist and advocate for long-term care planning.

Alzheimer’s care expert David Troxel says Long-Term Care Insurance is a way to plan ahead before a problem exists.

“Long-Term Care insurance is highly recommended for everyone concerned about the cost of long-term care. Many Baby Boomers are buying policies for the future, but the policies are also available for older individuals. Unfortunately, when symptoms of dementia start it is too late to buy a policy,” he said.

"Buyers are younger, they begin with lower amounts of initial coverage and they select options that reduce their cost significantly."

Cassidy's long career started in 1969 when he appeared on such shows as Ironside, Marcus Welby, MD, Adam-12, and Bonanza. In 1970, he became a star when he took the role of Keith Partridge, son of Shirley Partridge, who was played by Cassidy's real stepmother and series' lead, Shirley Jones.

The producers didn't care if he could sing or not, but he could sing and released several albums. His hits included "Cherish," "How Can I Be Sure," and "I Think I Love You."

Cassidy hid his alcohol problem by playing a role, so many Americans face, ready or not, as a person who suffers from memory loss. Even though he didn't have dementia, as so many other people do, it doesn't mean we should ignore the consequences of aging.

Prepare Family and Finances Before Retirement

Experts say we should plan before retirement for the financial costs and burdens of aging. Part of that plan, for many, is affordable Long-Term Care Insurance.

The cost of both in-home services and facility care are expensive and can easily drain savings creating a burden on the family members who must deal with the consequences.

You can start your research by reading The Ultimate Long-Term Care Guide.

LTC NEWS offers many resources to help people learn about retirement issues like long-term care, aging, health, caregiving, and more. Whether you are researching for yourself or an elderly parent, LTC NEWS  is the place to start.

The reality of life is simple. Your health, body, and mind will change in the decades ahead. Prepare your family and finances for the financial costs and burdens of aging. For many American families, the affordable solution is Long-Term Care Insurance.

Find all the resources on LTC NEWS by clicking here.

One of the best tools is the LTC NEWS Cost of Care Calculator. You can find the current and future cost of long-term health care where you live. This information will help you design an appropriate LTC Insurance policy. 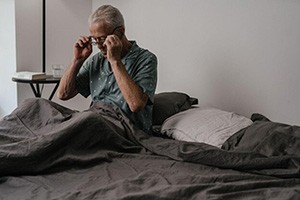 Treatment and Therapy of Bones and Joints for Older Adults

The most prevalent type of arthritis in older persons is osteoarthritis. It is a chronic degenerative joint condition that primarily affects middle-aged and older persons. Lack of mobility can lead to an individual to need long-term health care.