The CDC says more Alzheimer’s patients are dying at home. Without advance planning, this creates a tremendous burden on the family. Affordable Long-Term Care Insurance will ease burden and provide money for quality care at home or in a facility.

Brenda Brown: This was the hat of my mother's.

Brenda Brown: I jumped up out of bed and went into her room and she was very upset. She said to me, "I don't know how you all can treat me this way." She said, "You're treating me worse than our dog. I just don't understand.".

Brenda Brown: And this of course hurt me because we were doing everything we could and so I got in the bed with her and calmed her down.

Marina H.: After more than a decade of struggling with her mother's disease, Brown's mother passed at age 91. Howard is part of the growing number of Americans who are dying with Alzheimer's. According to the CDC, death rates from Alzheimer's disease increased 55% between 1999 and 2014.

Speaker 3: One of the potential reasons why this we might have seen this increase is because fewer people are dying of things like cardiovascular disease or other competing causes of mortality. So as the life expectancy of the population increases, we can expect to see more people with Alzheimer's disease.

Marina H.: The CDC study also shows that one in four Alzheimer's deaths are now occurring at home. A startling increase that shows us shifting away from hospitals and nursing homes.

Speaker 3: We don't fully know the science of what causes Alzheimer's disease in all cases. It's believed to be a complex interaction of lifestyle factors, environmental causes, and in some cases, genetics.

Marina H.: Experts say the country needs more resources to assist Alzheimer's patients and their caregivers as the severity of the problem is expected to keep growing. Brown says taking care of her mother was one of the hardest things.

Brenda Brown: I know there's one thing that I wish I had been more patient and it is very hard when you're trying to give him a shower and they're fighting you all the way basically.

Marina H.: Brown remembers crying a lot during those difficult years. The mom she knew had changed and the stress of caregiving had taken a physical toll on brown as well. 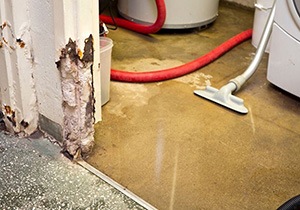