Isn't it shocking that, apart from having to deal with the everyday stressors of aging, many seniors are the victims of bullying as well? Their peers bully up to 20% of residents in senior care facilities across the USA, according to research conducted at the Arizona State University.

As is often the case with younger victims of bullying, seniors tend to find it very difficult to stand up and vocalize their situation, allowing the bullying to continue – often with grave consequences. It is of vital importance that senior bullying is not only identified as soon as possible but eradicated as well to ensure that the victimized senior is afforded the best possible opportunity to resume a stress-free, happy life.

How to Spot Senior Bullying

Senior bullying manifests itself in numerous ways, including physical and emotional abuse, as well as social exclusion, which can be of great detriment to the elderly individual.  In terms of senior housing, bullying is most often observed during times where the need to share a space in unavoidable, such as at mealtimes and during bingo games or line dancing. Any adverse interaction between seniors could be a sign of bullying. Yelling, slurring insults, name-calling, and being overly critical are all signs of verbal bullying, while physical abuse can include anything from hitting, tripping, pushing, and kicking.

The Emotional Consequence of Bullying

While some elderly bullying victims will fight back, most won’t as they either fear for their safety or are embarrassed by what is transpiring. Victims of bullying often display significant emotional changes, appearing depressed or withdrawn and may even be lashing out in anger.

It is also important to acknowledge that bullying can also harm those witnessing it, even if they are not direct victims themselves. While it is easy to tell people to report bullying, it doesn't always happen, mainly due to intimidation, which occurs among the elderly just as frequently as among younger bullies. Bullying can trigger severe fear in a senior, which often resurfaces as depression even after the abuse has been terminated.

Once bullying has been suspected, it is pertinent to act fast, providing the bullied senior with sufficient emotional support and professional medical attention here necessary. All senior housing establishments should have a straight forward no-bullying policy that has to be enforced by staff members at all times.

Once the perpetrator has been identified, he/she needs to be isolated immediately, and a thorough investigation must commence. There are many ways in which bullying can be addressed, usually at the discretion of the governing body and management of the establishment. In an ideal world, basic conflict resolution will suffice, and the bullying will cease. Unfortunately, the reality is always as forthcoming, and, in some instances, it may be necessary to find alternative accommodation for caustic individuals.

Bullying is never pleasant, not for the victim and not for their loved ones either. It is even more traumatizing for the elderly who already have to endure the everyday obstacles of aging. By identifying and terminating any abusive behavior as soon as it rears its head, the ensuing trauma inflicted can be minimized as much as possible.

It is hard enough to deal with an elder parent’s long-term care, or your own future extended care as you get older, but to think you, or your loved one, must be concerned about bullies is a terrifying thought. The impact of long-term care on the family and a person’s assets is a tremendous burden. When you, or a loved one, require long-term care services, you want quality care in an environment that will provide everyone involved with peace-of-mind.

For an older family member who is in this situation now, you must be involved and correct the situation. What about you and your family in the decades to come? Having quality care in a setting that gives you peace and harmony only happens with advance planning. Luckily, preparation is easy and affordable if you take action.

Long-Term Care Insurance does more than provide money. Sure, money is important since it provides the resources that protect your assets and provides quality care in the setting you desire.

These insurance policies do more than just that. Most plans include case management. Care management is professional help which gives the many the information they need to make decisions. The insurance company will provide a licensed social worker or eldercare nurse that helps your family find quality providers. It also can monitor the care you receive. This extra help will give everyone involved peace-of-mind. It also gives your children and their families the gift of time. This is the time to be family.

Getting older is not always easy. With advances in medical science we live another day. With longevity comes the added risk of needing help with normal living activities. Those who live longer face a higher risk of cognitive impairment like Alzheimer’s and dementia. This creates pressure on you and your extended family.

Family caregivers feel a vast amount of pressure, and a plan which includes adult children as caregivers is a plan which will fail. These family caregivers have their own jobs and family responsibilities. Caregiving is hard. Paid care is expensive. Finding the right facility, be it adult daycare, assisted living, memory care, or even a nursing home is not an easy task. Paying for that quality care drains savings.

Ideally, Plan Longevity Before You Retire

Experts suggest investigating your options before your retirement. Most people put a Long-Term Care policy in place in their 50s. Premiums are very affordable for most people and are custom designed based on your specific situation.

Start your research by finding the cost of care where you live. The LTC NEWS cost of care calculator shows you both the current and future cost of care services. You will also learn other information, including the availability of partnership plans (which provide additional asset protection) and available tax incentives. Click here for the map.

Find a trusted and experienced specialist by clicking here.

Meanwhile, stand up to bullies no matter what the age and give your family members peace-of-mind.

Sally Phillips is a freelance writer with many years’ experience across many different areas. She enjoys reading, hiking, spending time with her family, and traveling as much as possible. 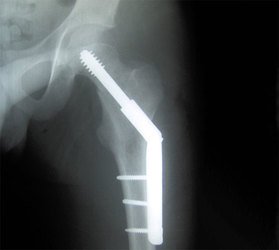 Long-Term Effects of Hip Fractures in the Elderly

Longevity has a big impact on your savings and your family. These are the 7 reasons why affordable Long-Term Care Insurance will ease those burdens.

Aging is an issue which impacts every American family. With longevity comes the health and age-related issues which drain savings and create stress and pressure on loved ones. New proposals give families more options to plan.